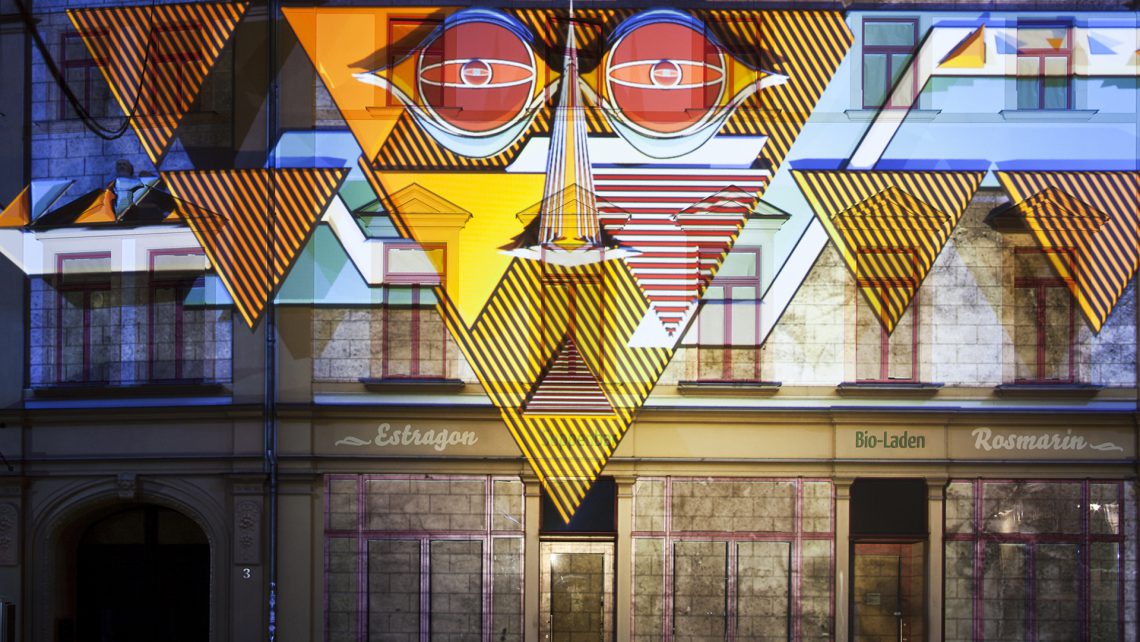 Since 2012 Weimar has been a meeting place for artists of the Digital avant-garde, cultural enthusiasts and scientists. Genius Loci Weimar is an annual festival for locally developed audiovisual art, in particular façade, spatial and object projections. The festival combines the historical spirit of Weimar and the contemporary technique of videomapping, a projection technique that incorporates the object into the image design, thus providing immoveable objects with multi-layered dimensions and creating audiovisual narratives. Genius Loci Weimar leaves the past and the present meet: the concept of the festival is to the spirit of the Place. That is, architecture, history and more Visible and invisible levels of meaning of buildings and structures Urban situations and reinterpret with the technology of the Video mapping.
This is a competition for facade projection every year for artists all over the world with their apply for work. The Weimar citizens and visitors as well as one Jury decide on the best applications. We won the competition as Xenorama and recorded the Ohm Krüger House in Weimar.

The Poster of the 2015 Genius Loci Weimar Competition featuring the Mask Design: 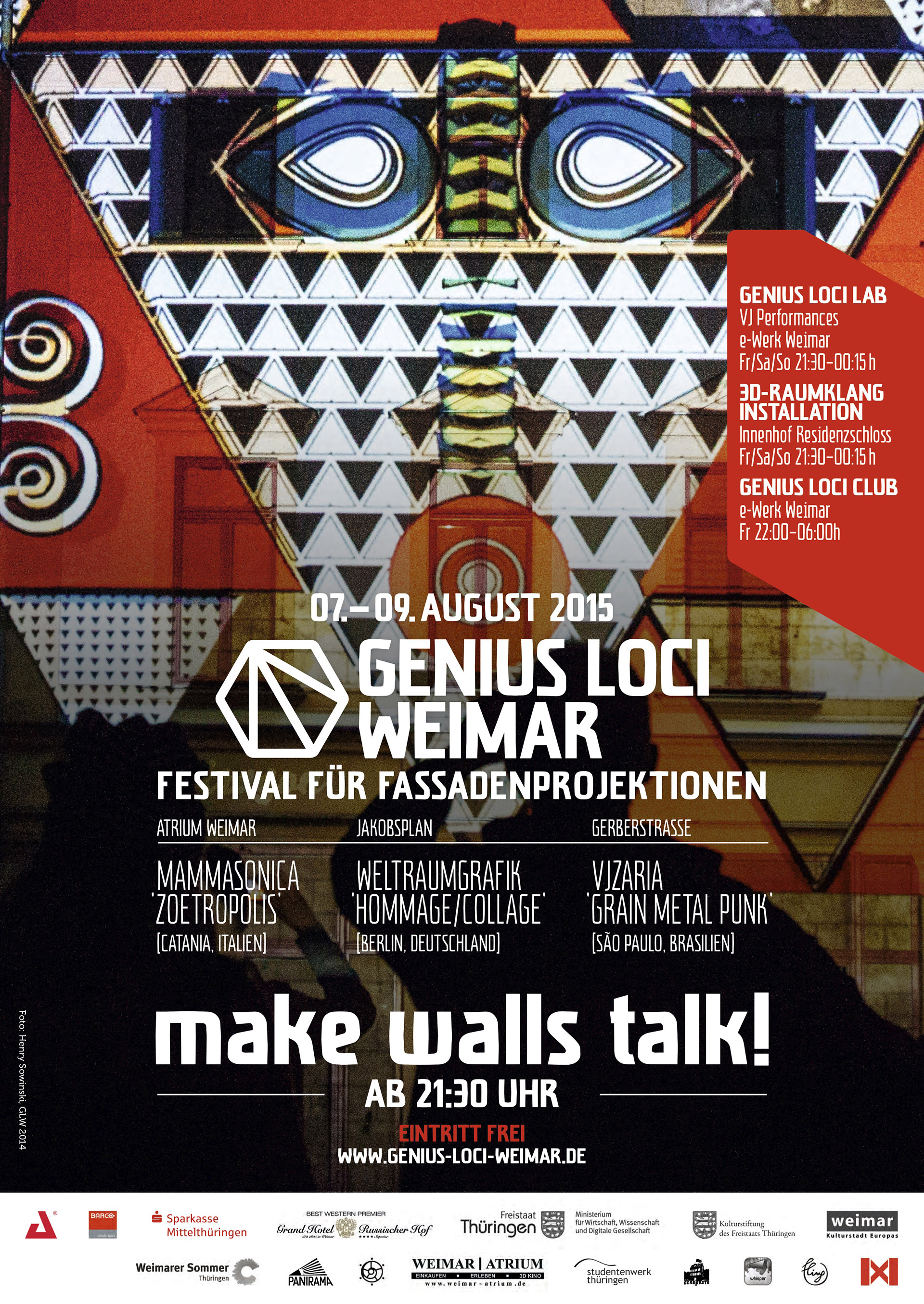