KIB is an interactive projection mapping project by Raummaschine in cooperation with Tanz im Lichthaus Bremen. Contrasts and tensions are formed from the contextualization of the actual and the distant past, which is the source of inspiration for the development of the dramaturgy.

For the visualization of the dramaturgical elements, the characteristics of the respective formal language are to be collected and analyzed. A sensitive interpretation emerges through the interplay between the spirit of the place and its motifs, which have a current relationship. The spirit of the place is thus always brought to life with every reinterpretation of history. The vast dimensions of the space must be filled with life in order to create a believable illusion.

A bunker from the time of National Socialism can be found in the Berliner Strasse, just as it is spread across Bremen as a whole. The architecture is pragmatic. It is fascinating and depressing in its functionality – both aesthetically pleasing and ugly at the same time. This impression is also underlined by the dense growth of ivy on the outside, which makes the bunker friendly and warm. In 2001, the bunker was bought by the state and housing for a small family was to be created. The commissioned architects wanted to maintain the existing oppositeness of the exterior and interior effects, but also to unite them.

The described contrast and the associated boundary between the areas forms the basic framework for the image language of the bunker project. Also the structural interventions and the resulting effect inspired us. The beginning is the decomposition process of the existing space. During the conversions, the 1.5 m thick concrete walls were slowly cut into pieces using diamond steel ropes. Due to the depth of the walls and the „gaps“ cut in, completely new rooms are created. This process could also be called „negative spacing“, since it not only a two-dimensionally acting hole in every incision, but rather a tunnel, a space. This process is represented by clear cuts and strong contrasts. The cumbersome process is visualized by a slow propagation and the targeted excitation of moving light sources.

In the end, there is the composition into new forms. The remaining particles flow through the structures and test impulsively different arrangements. As a result of the long-drawn inflow, the hardening process of concrete is modeled after a space is formed. This newly created space now has additional character traits, which are illustrated by the first appearance of color. Music is used as a driving element of visualization. Audioreactive content establishes a relationship between the images and the real space in which they allow the emotions and vibrations of the music to flow directly into the visual language, and to represent virtual elements as if they have further effects in the real world. 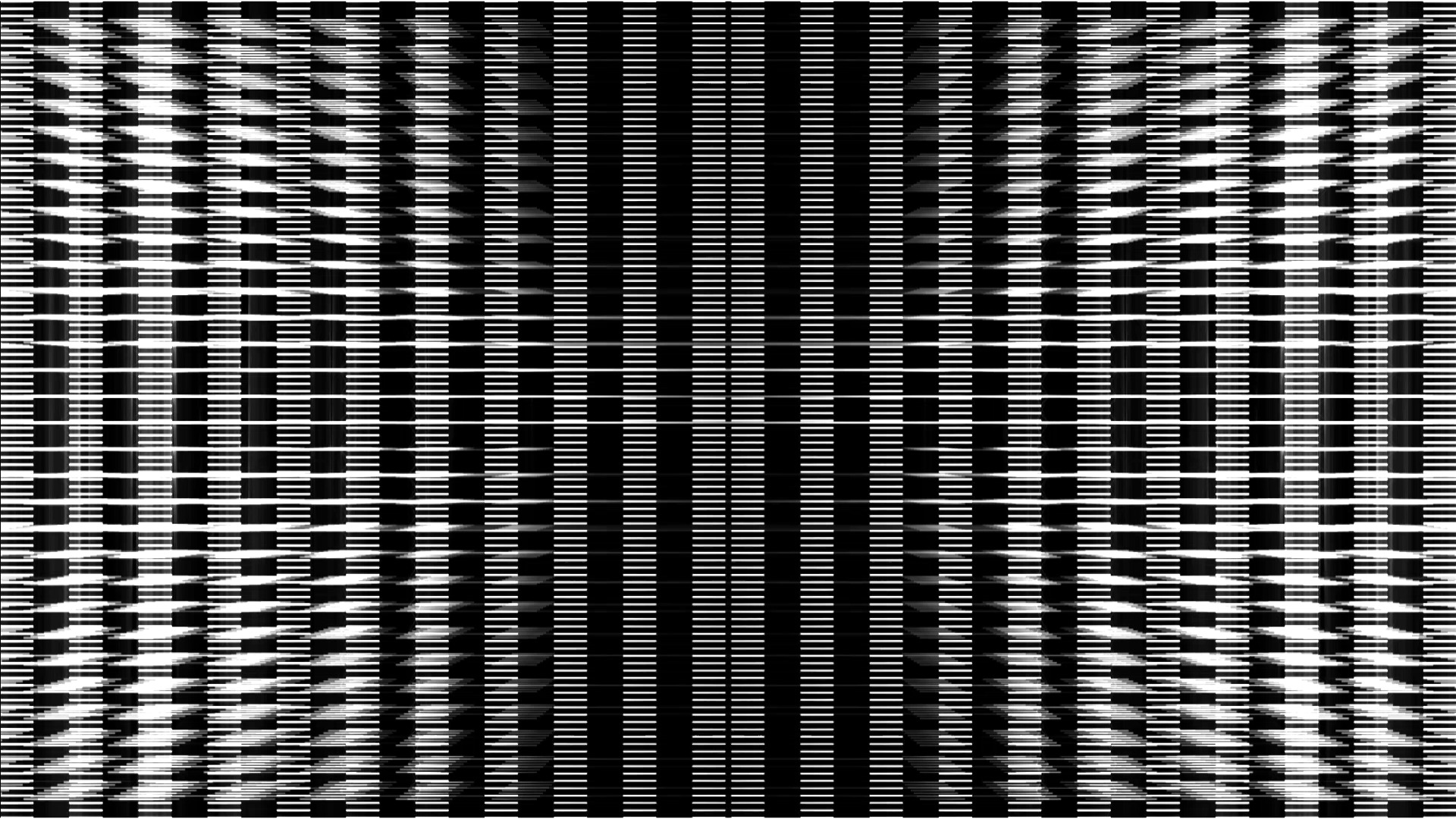 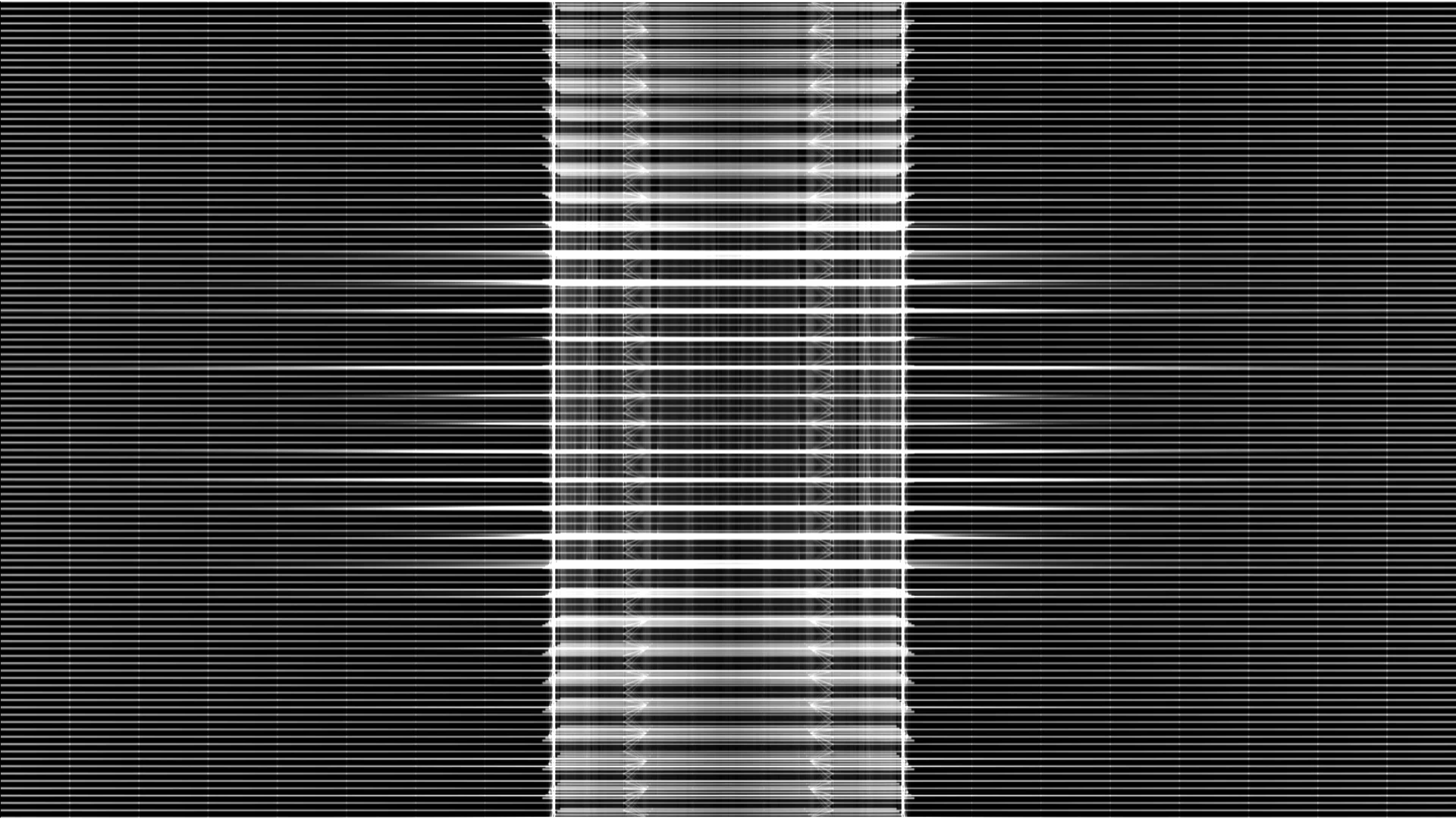 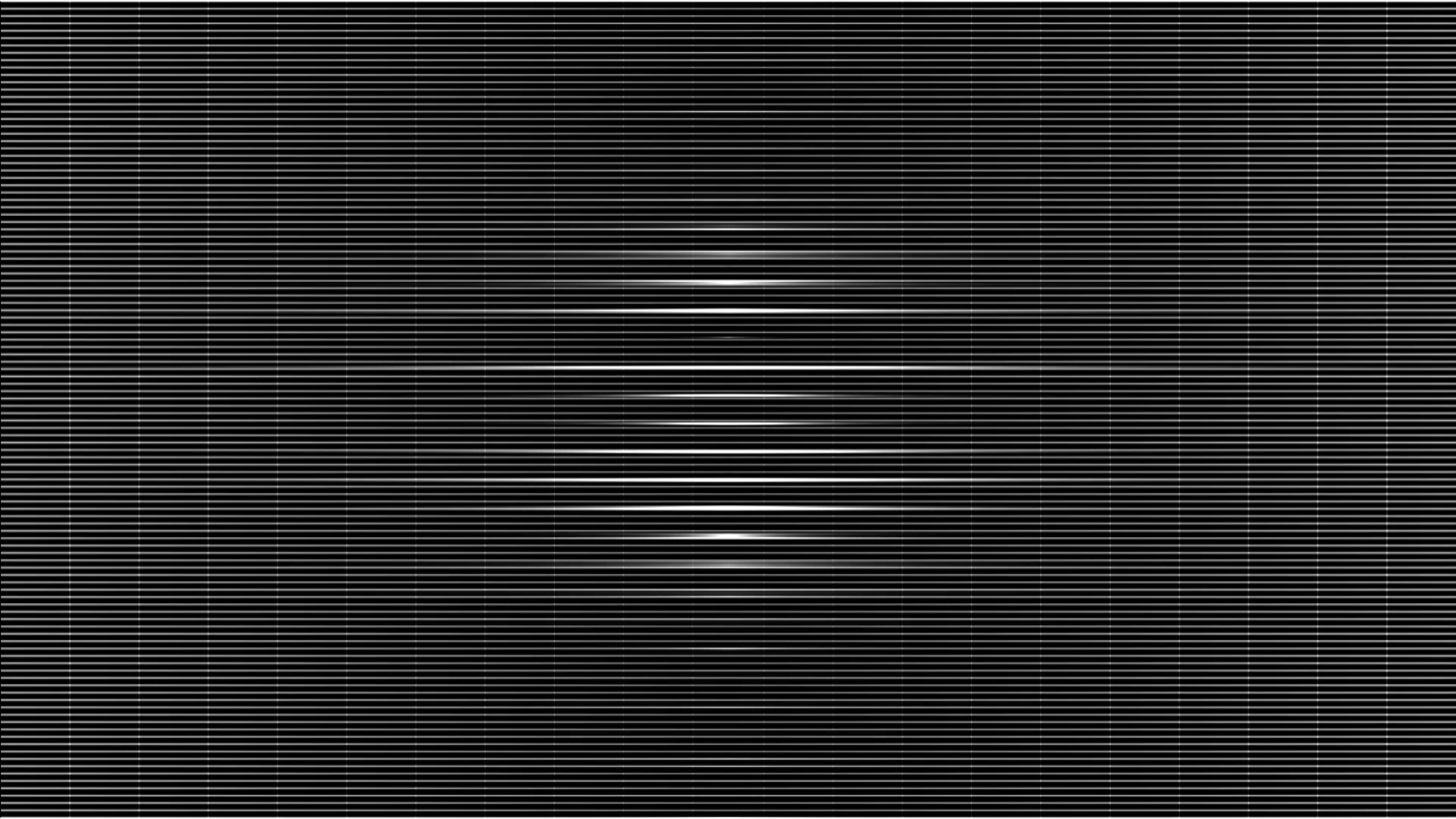 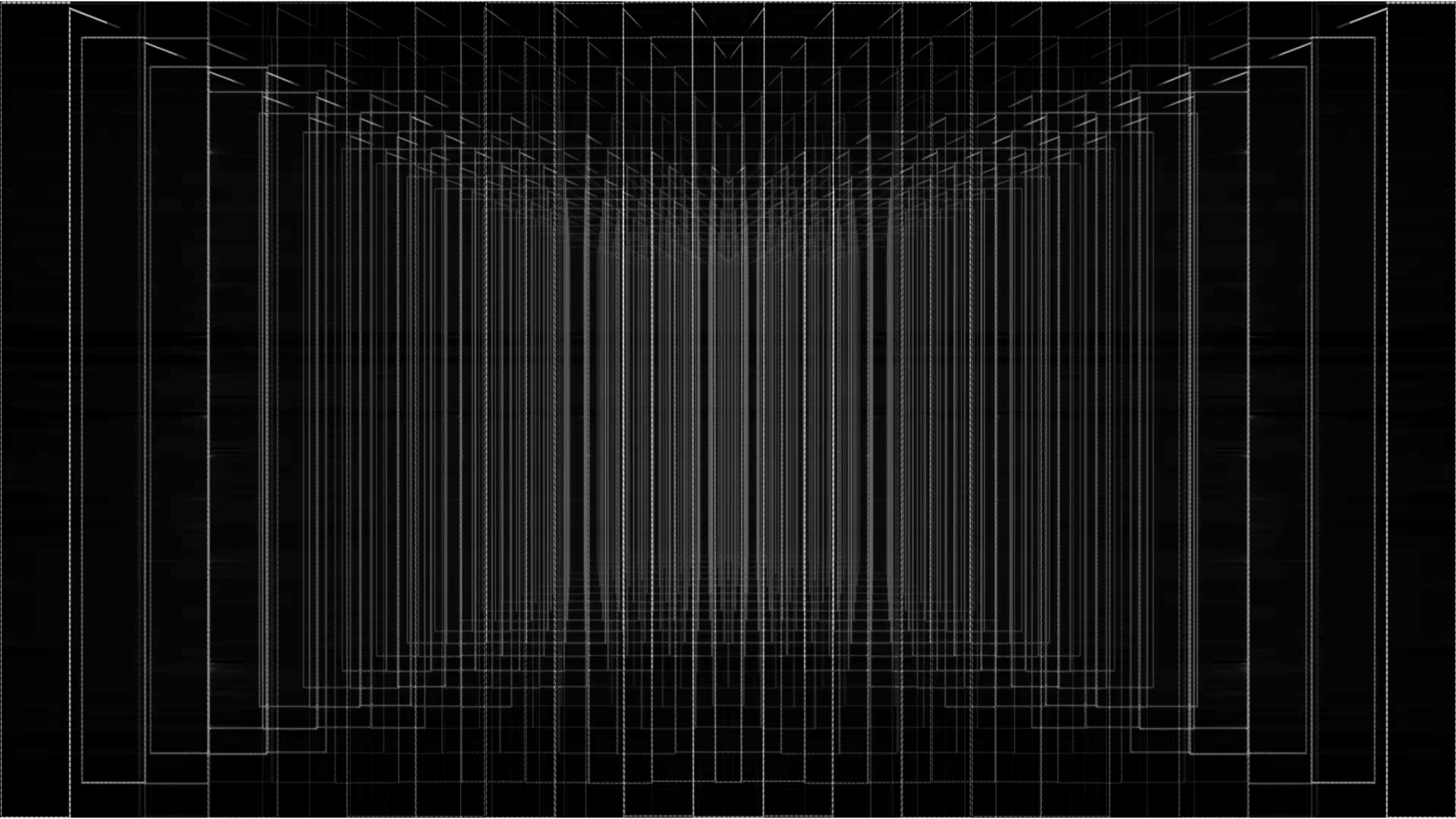 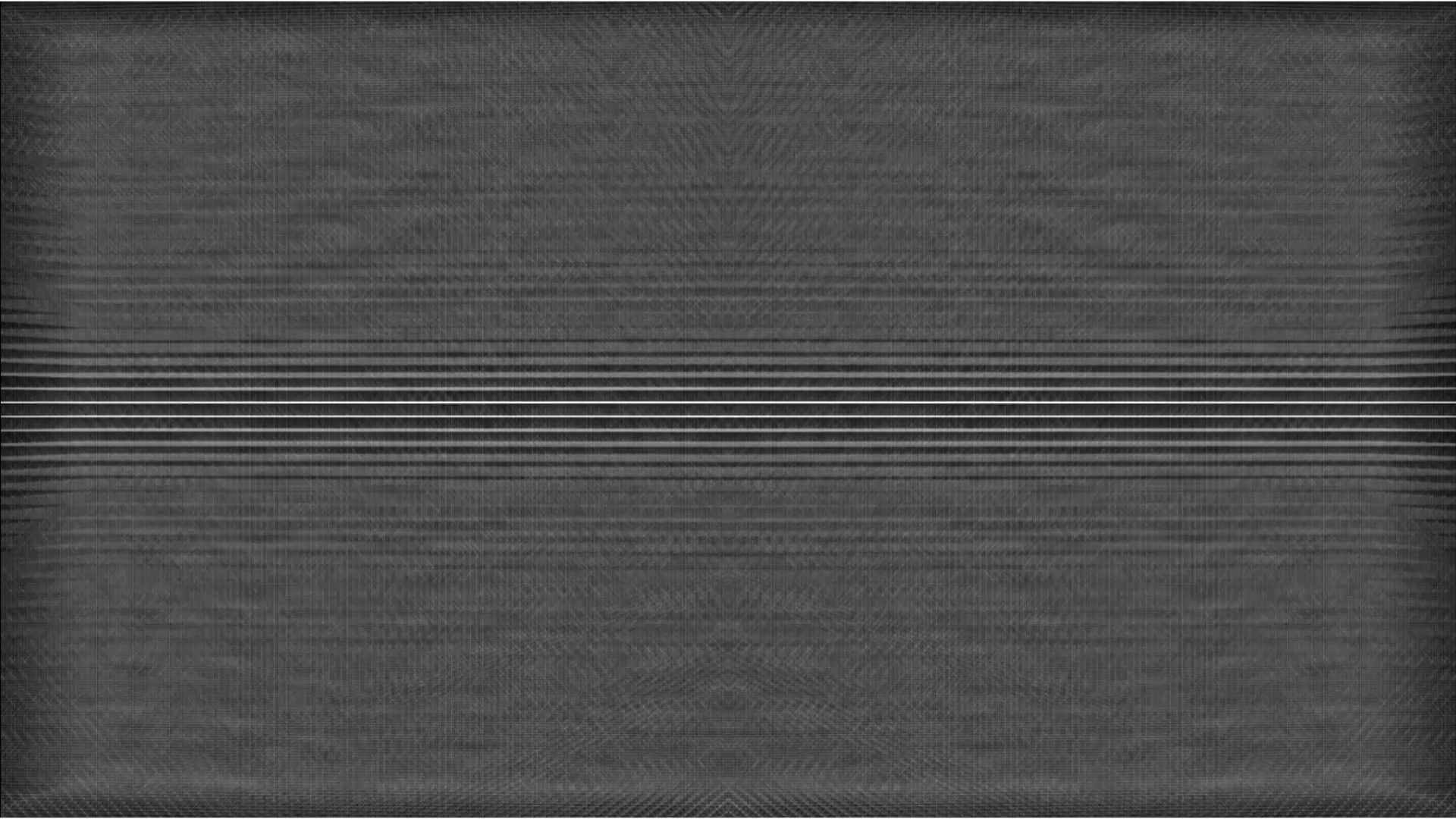 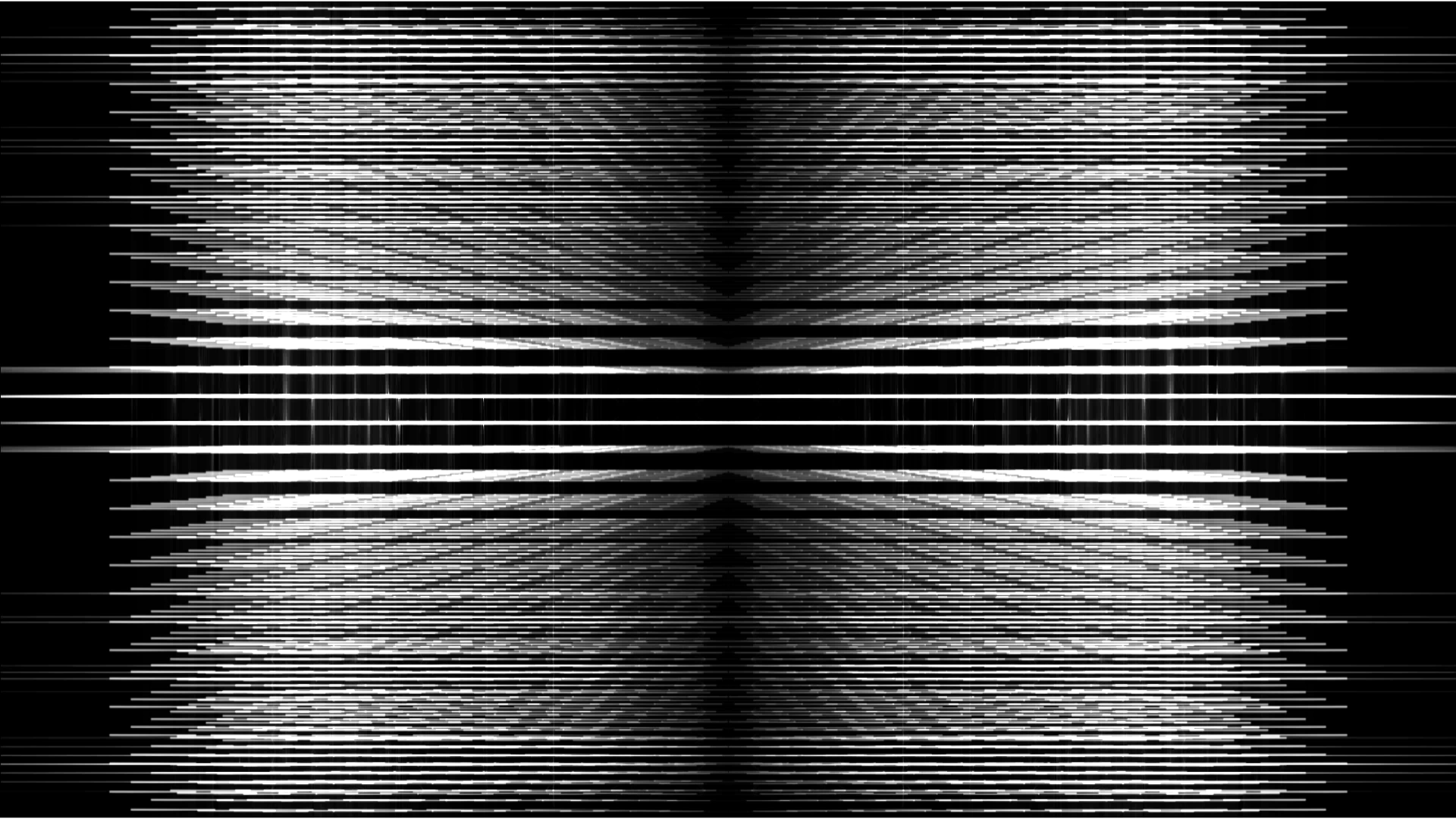 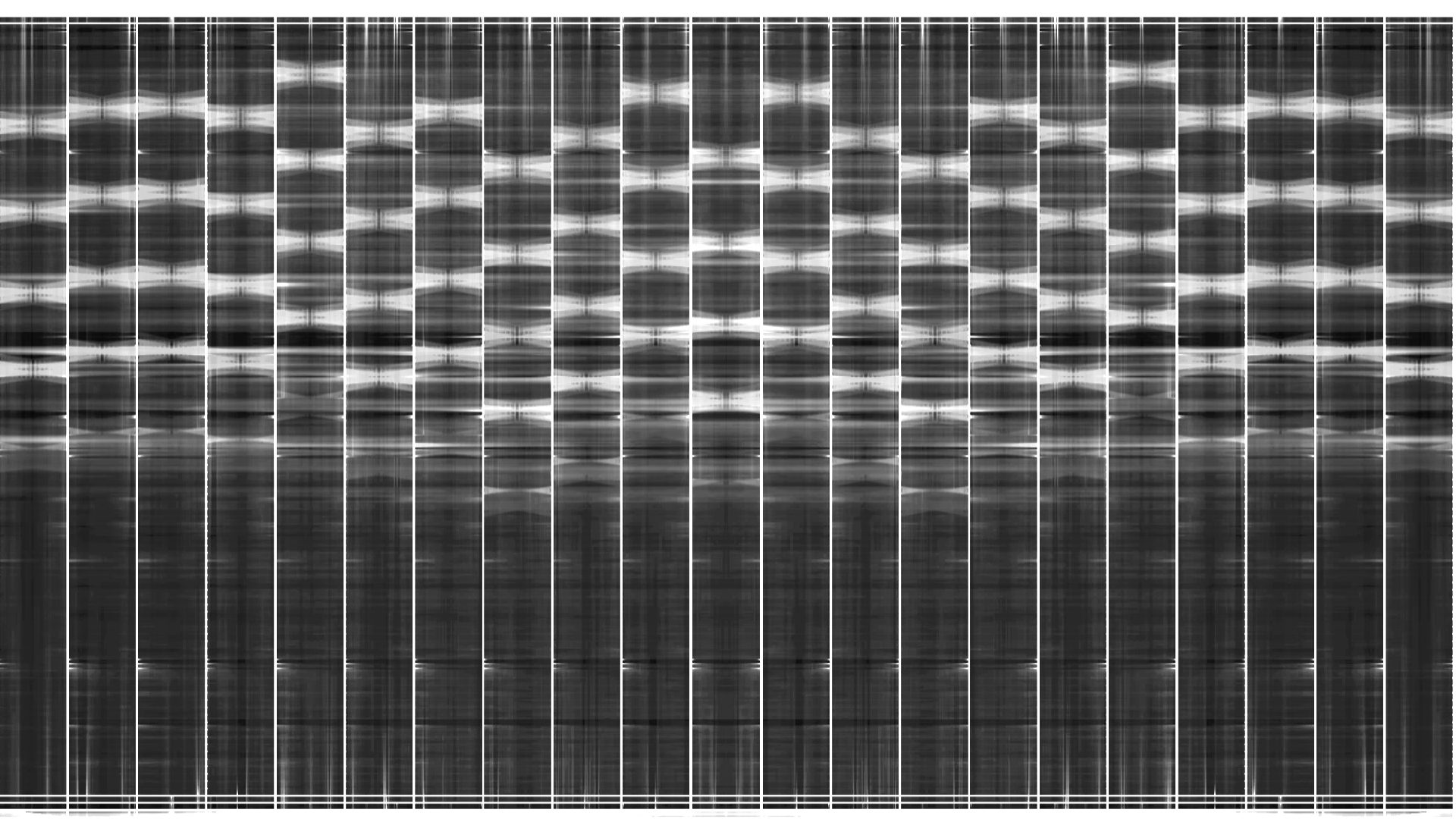 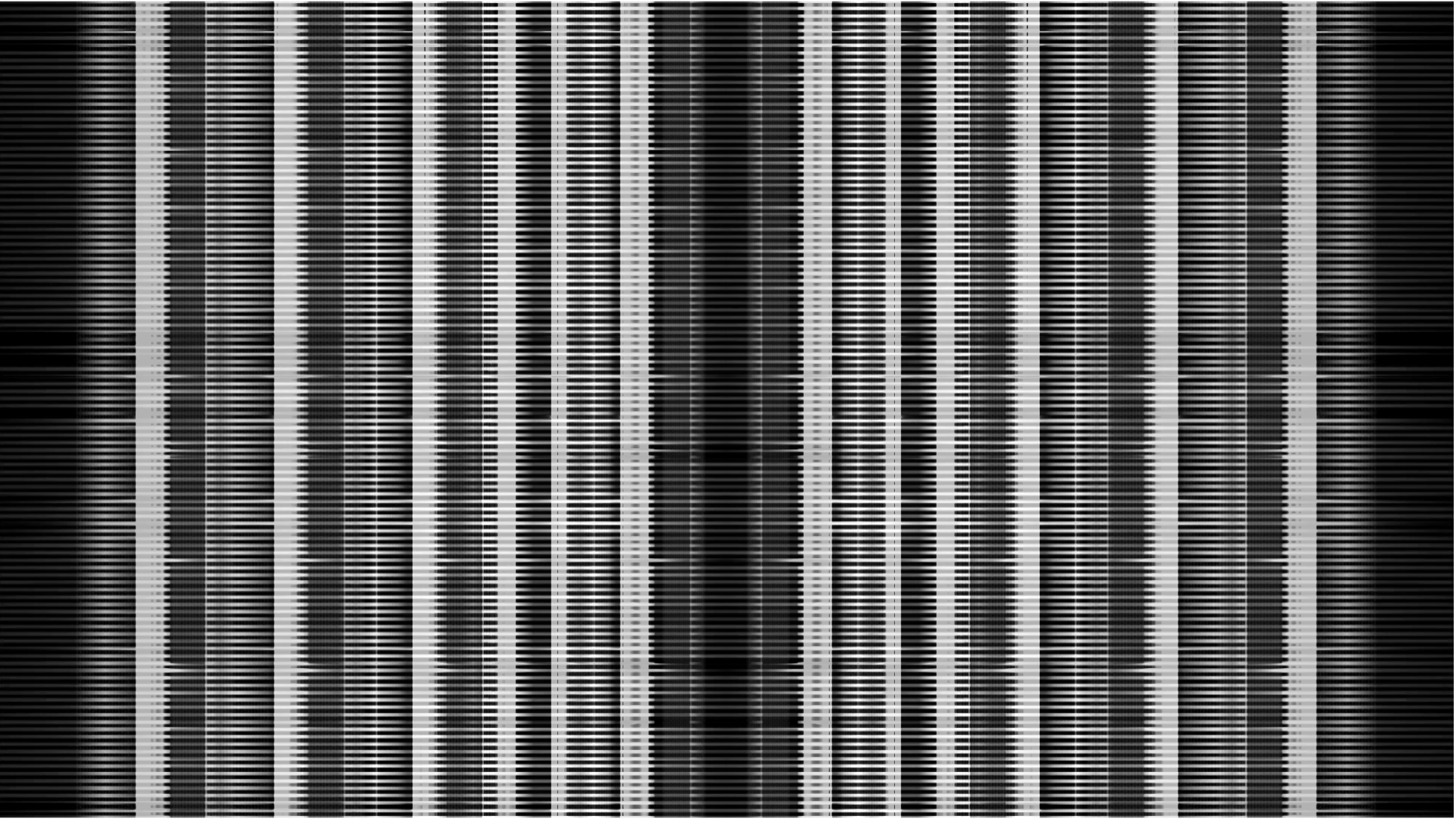 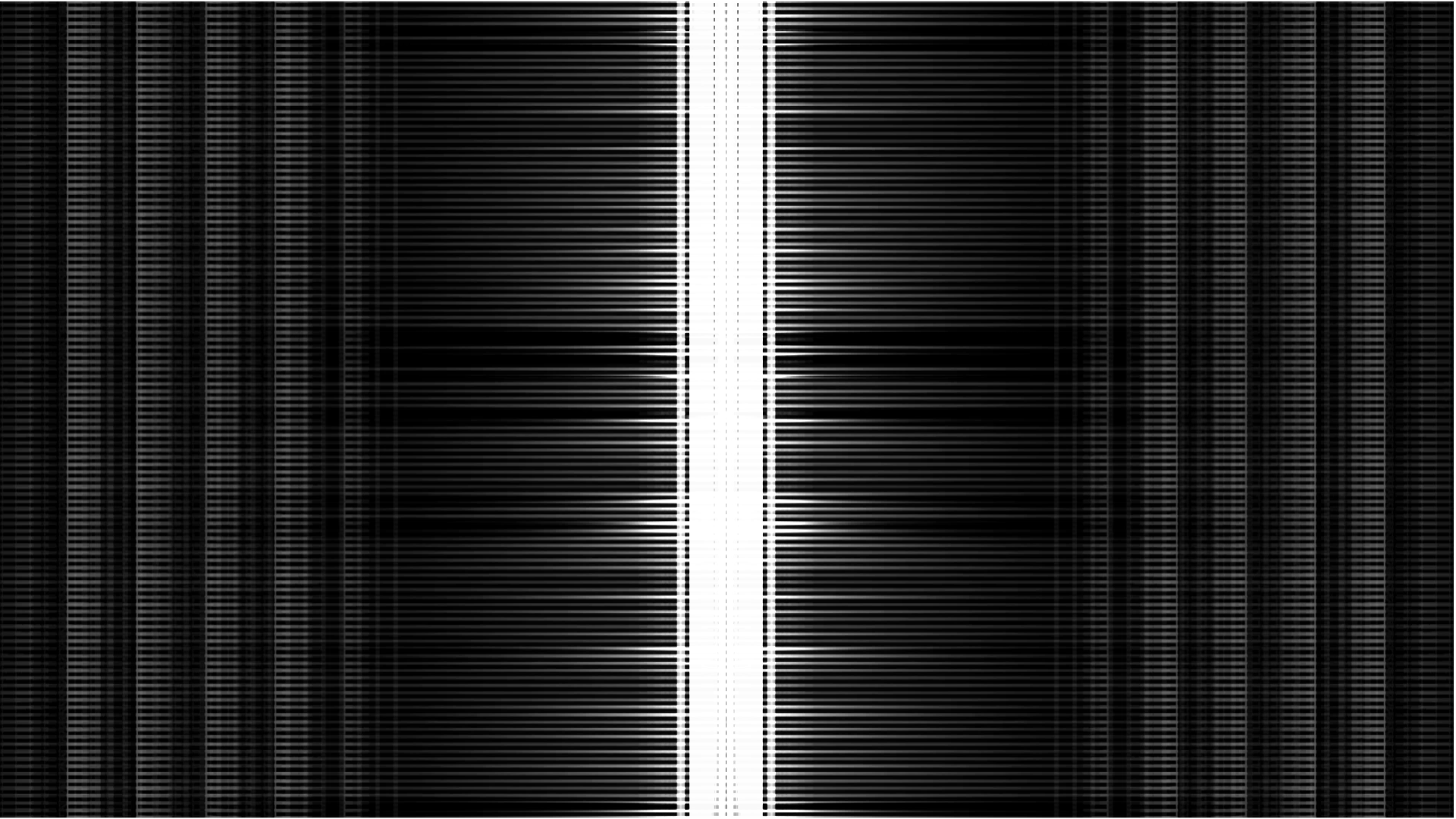 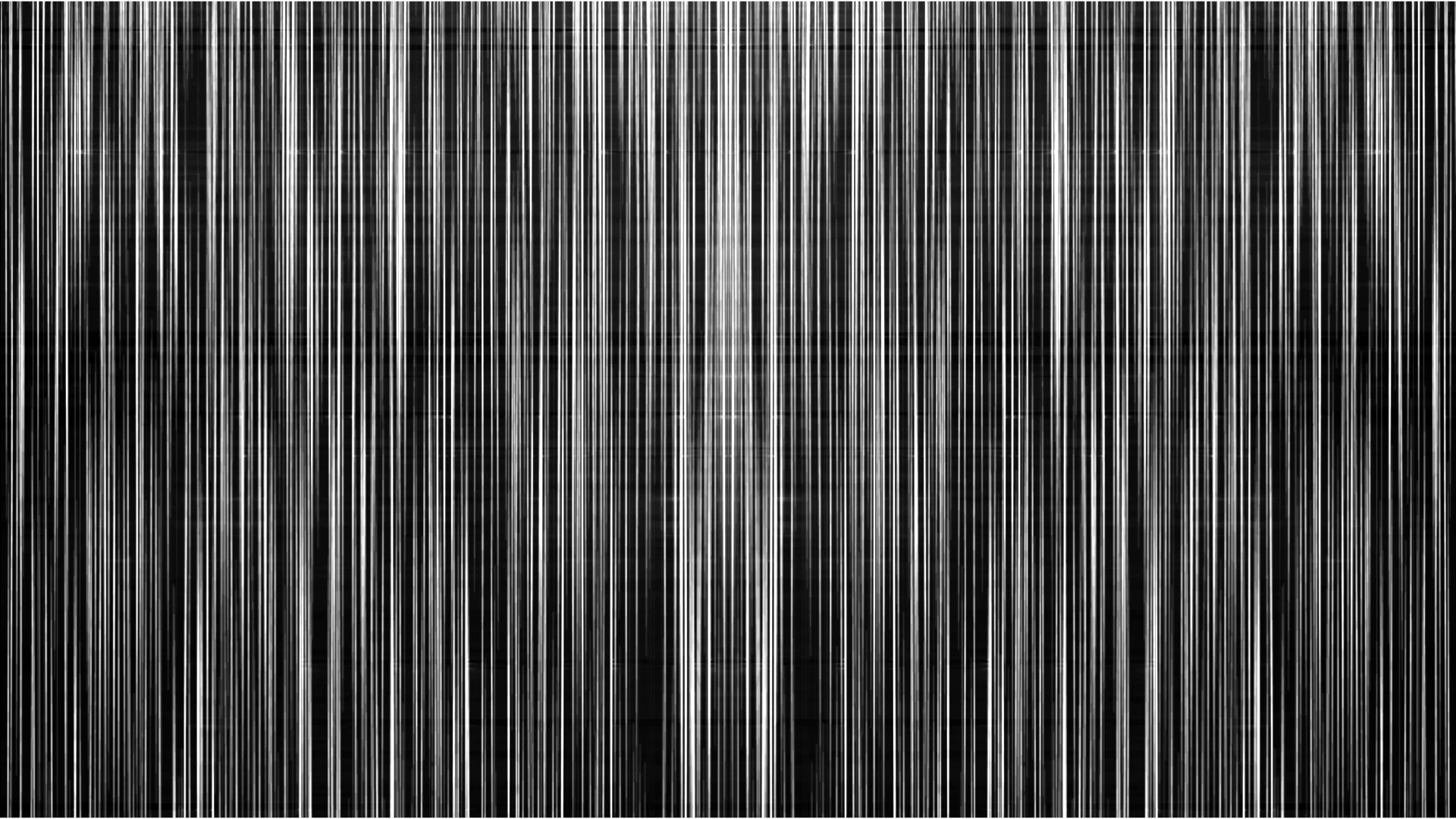 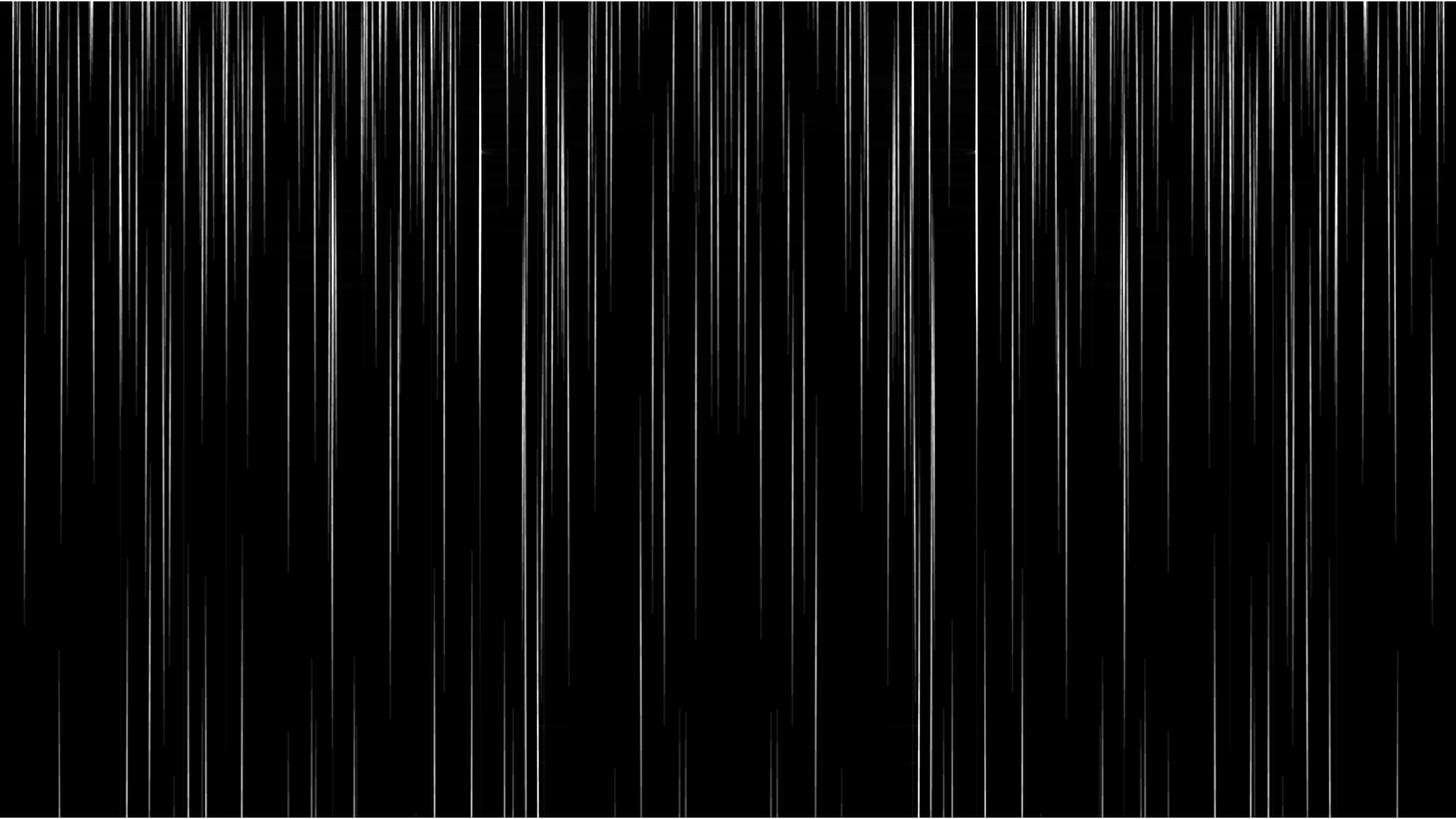 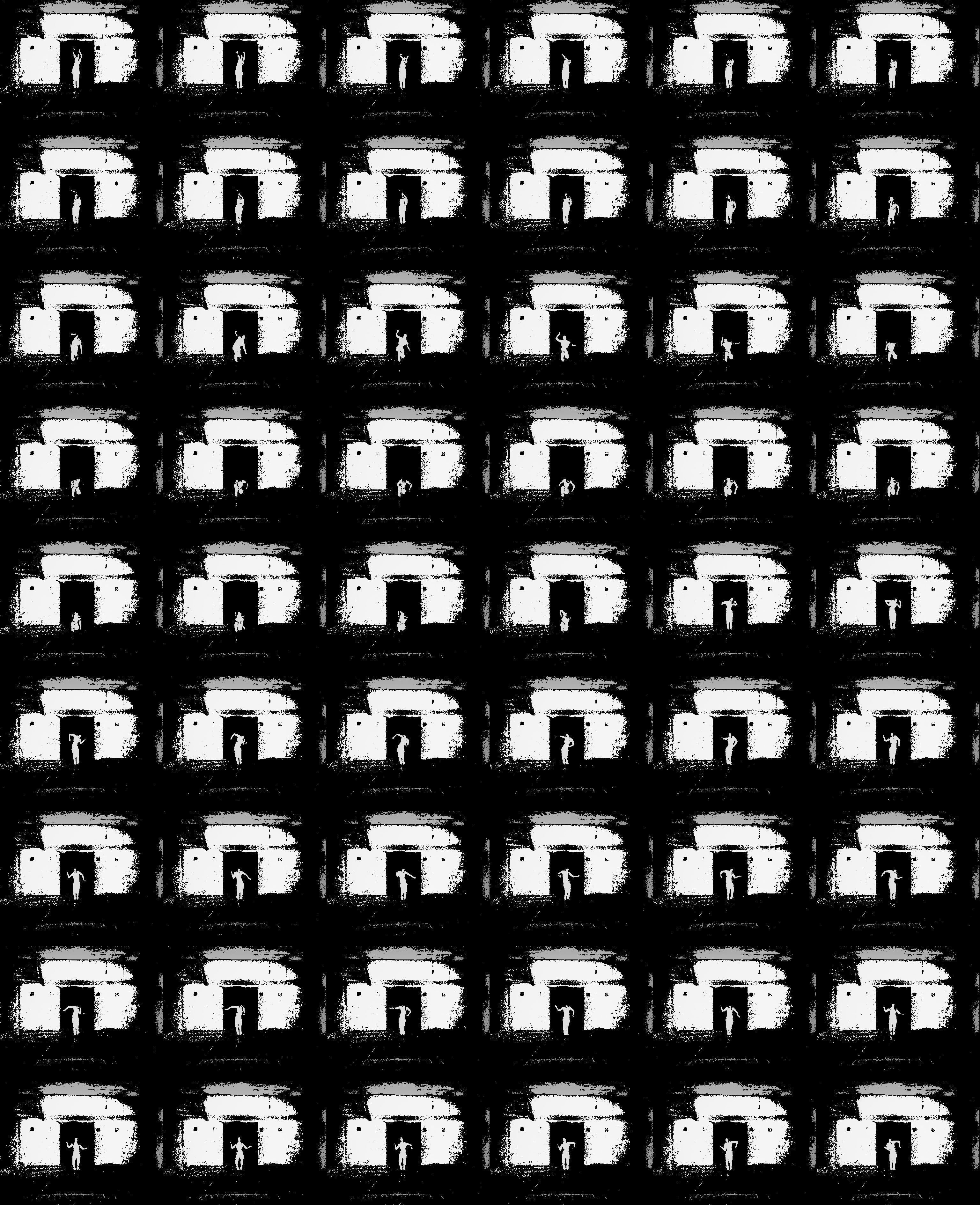