On the occasion of the 300th anniversary of the city of Karlsruhe, the ZKM Karlsruhe commissioned us to produce an audiovisual production at Karlsruhe Palace.

At the beginning of the eighteenth century the margrave Karl Wilhelm of Karlsruhe could not only realize a dream which he was supposed to have had on his hunt – his castle and with it the historical and cosmopolitan Karlsruhe could result in consequence.

An imaginary city, which unfolds itself around the castle as its center. A building that sends streets and alleys like sunrays, so that the view from above reveals a directional compass. This monumental symbolism, the historical circumstances and not least the surprisingly complex personality of Karl Wilhelm, are the main motif of the dream, a source of inspiration and inspiration for this work.

In a dream, the architecture is completely free from real laws that define it as a thing. It obeys neither time nor space. Rather, it is driven by its own spontaneous creativity, occasionally following a dramaturgy that is sometimes created under control, sometimes also completely out of control in the space and time in which we dream, and then disappears again. 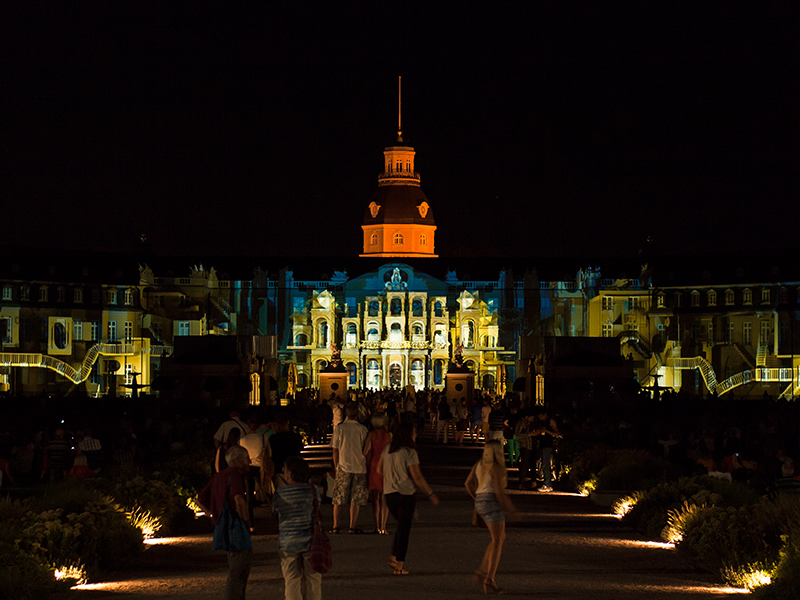 In the dream the construction is not linear. Space and architecture are not specifically defined beyond time. The space is always constructed again and is only where the thought of it is. The architecture in the dream is never perfect. It is constructed where we just need it and has the form and function that makes sense to us at the moment. 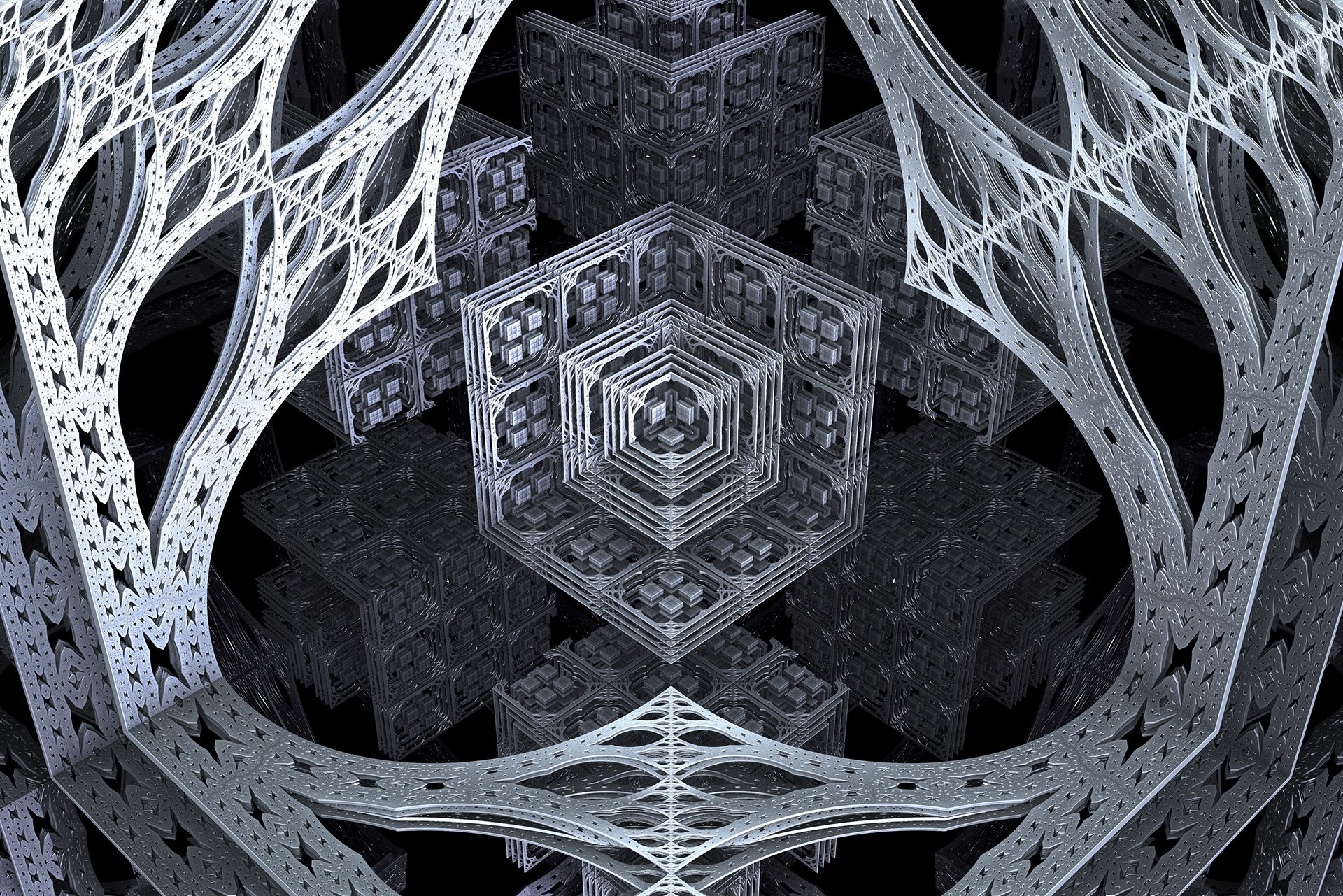 The actual architecture of the castle should also be interpreted and further developed. This led to the question how a futuristic reinterpretation would meet the richness of detail and the dynamism of the Baroque style. The unification of the individual art genres, architecture, sculpture and painting, was at the forefront. To create the imaginary infinitely detailed architecture, 3D renderings based on fractals were used. Fractals have the property by definition to form an infinite line, which offers a corresponding infinite detail. By means of different formulas one can create both organic and geometrically clear constructs. 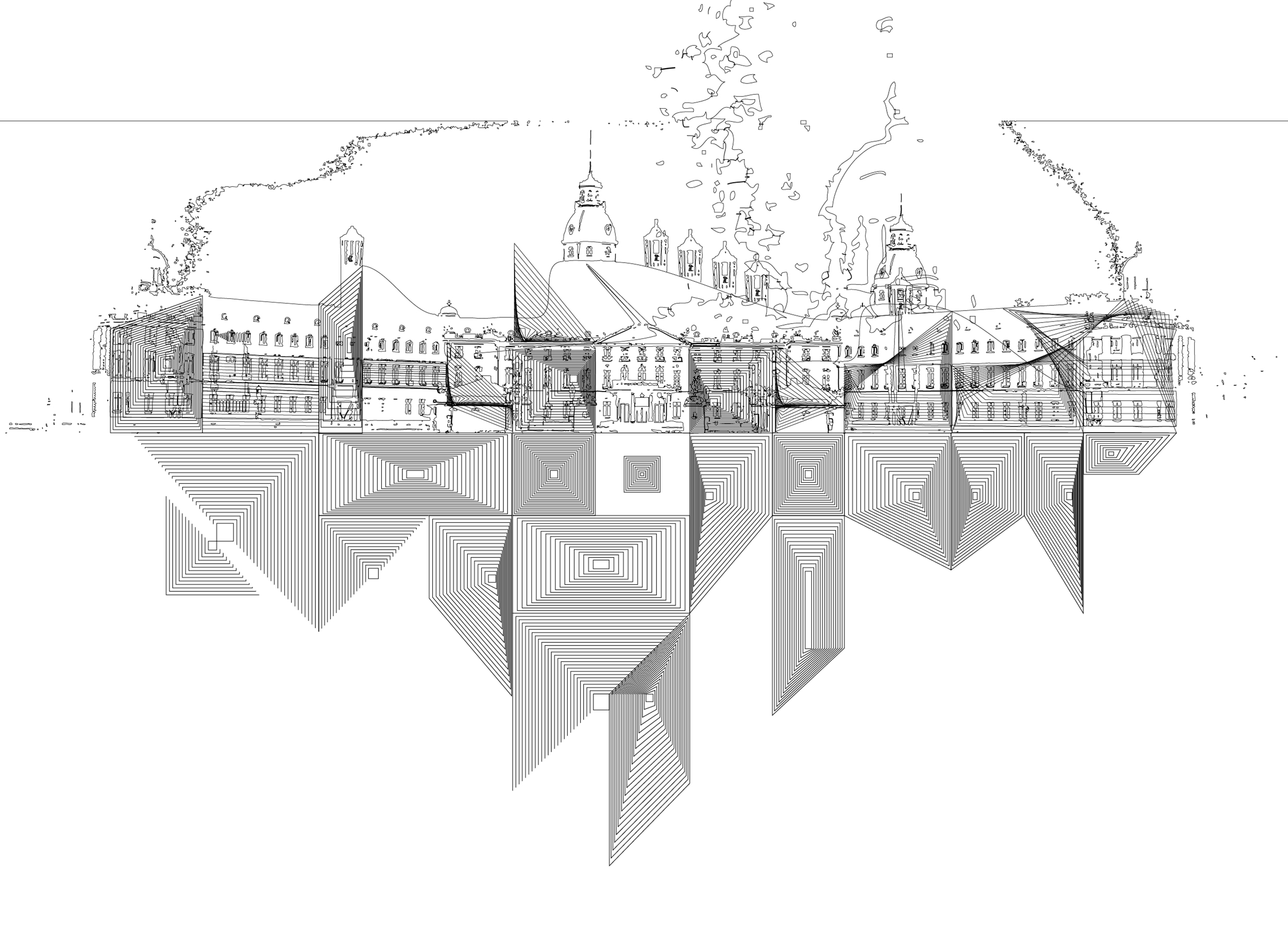